In late February 2018, we were delighted to accept an invitation from Tom Mills, Regional Development Officer with Dwarf Sports UK, to run a demonstration session at the South Central Region Meeting at Wyvern College near Southampton.  In a fantastically enjoyable session, members of the organisation and their families all joined in and took to the game immediately.

Tom himself mentioned that

“Following the session members commented how much fun they had, in particular comments were made regarding the inclusiveness of the sport as well as the fast paced nature of the game. It was also mentioned that it was great to be given the opportunity to try out all the different elements of the sport, bowling, fielding and batting during the taster session.

All family members and siblings took part during the session with a range of ages and abilities and it worked very well. Personally, I was very impressed and would love the opportunity to try out the sport across a number of our regions across the UK”

Already, we are in discussion with Hailey Davidson, Tom’s colleague from Scotland, about running a similar session north of the border. 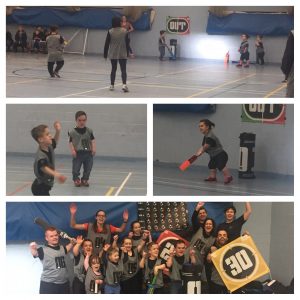